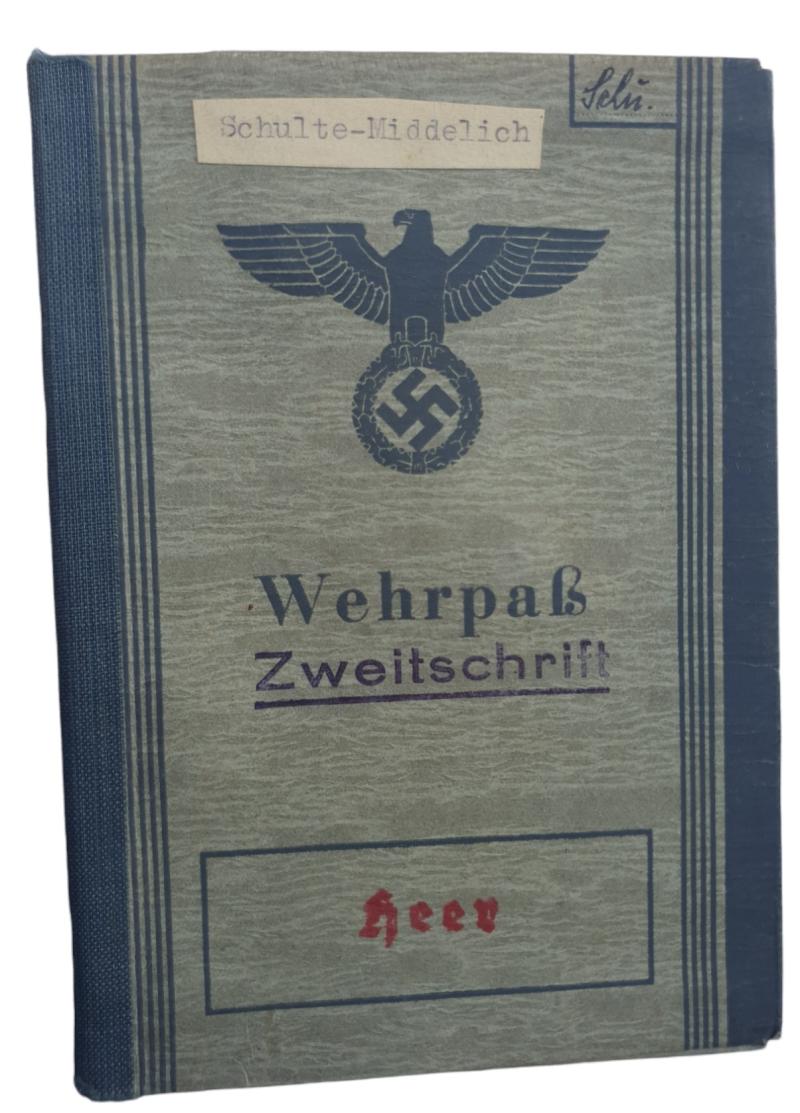 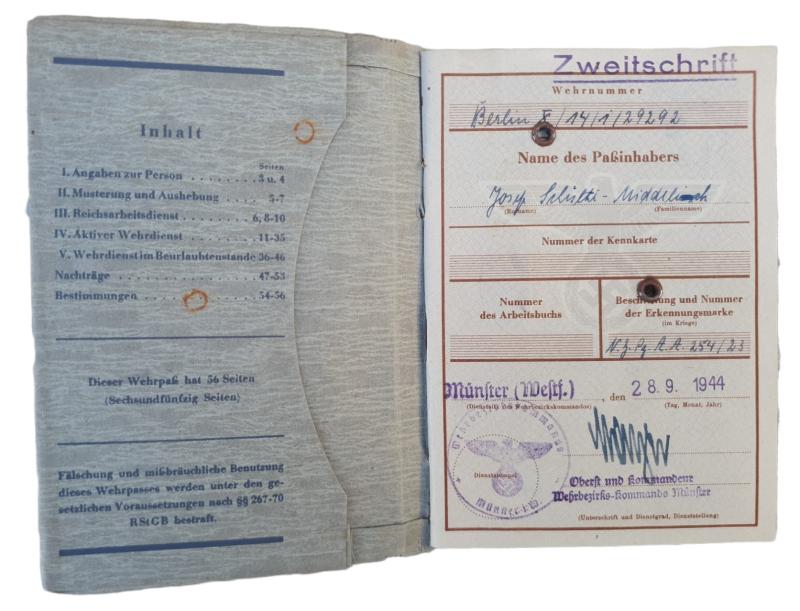 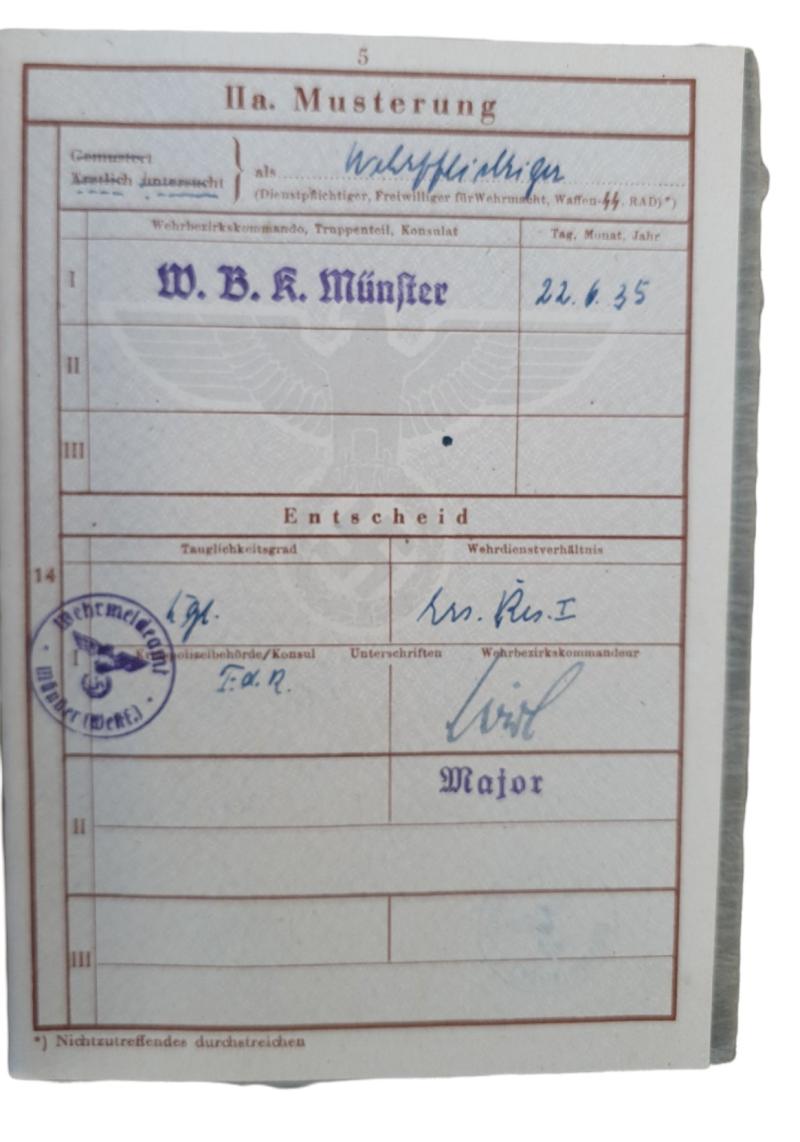 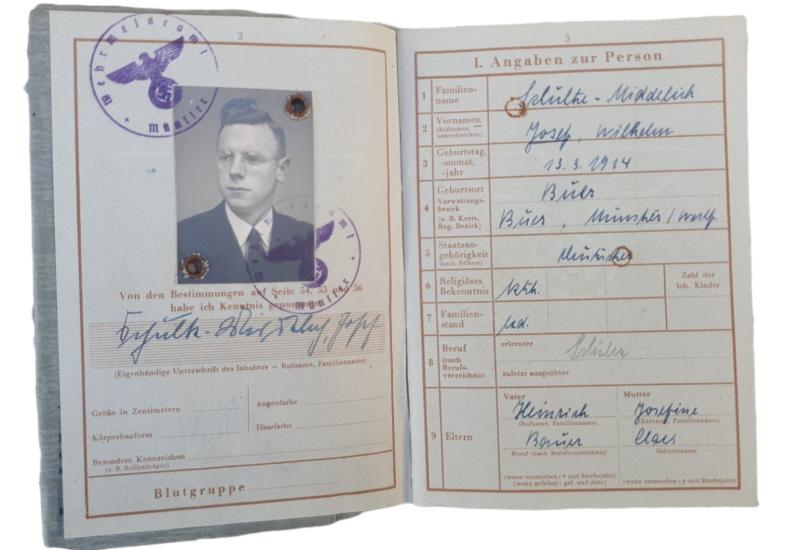 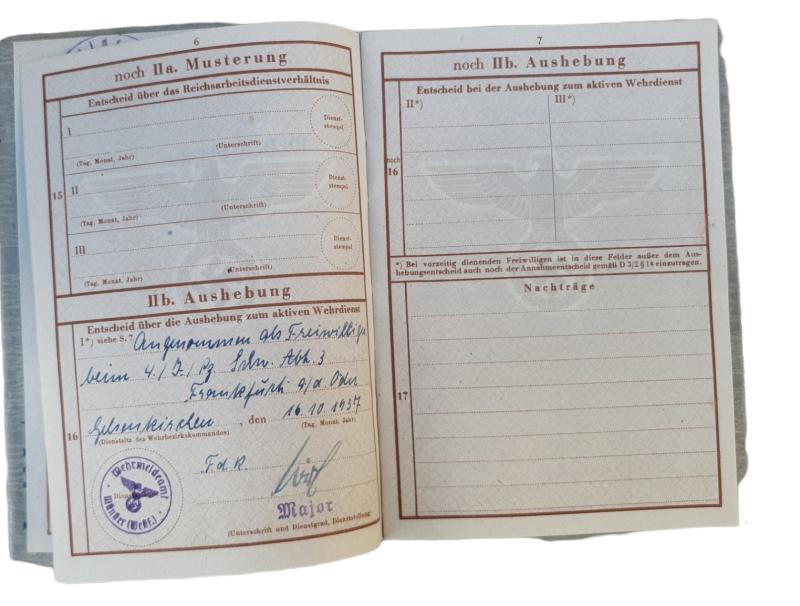 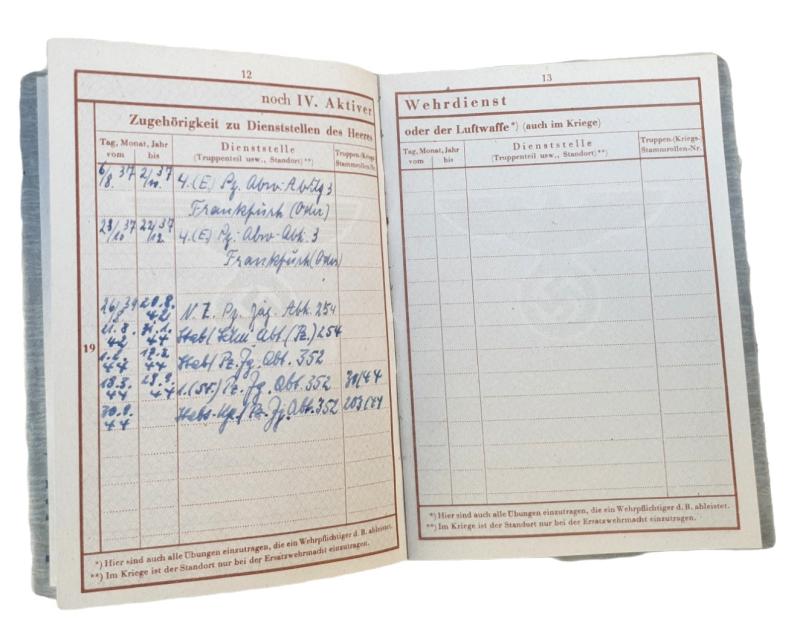 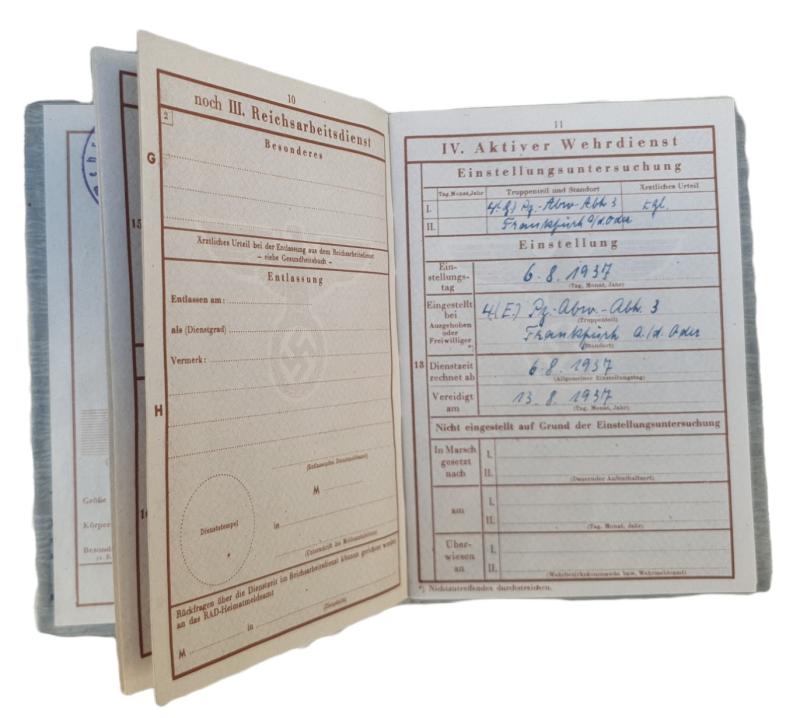 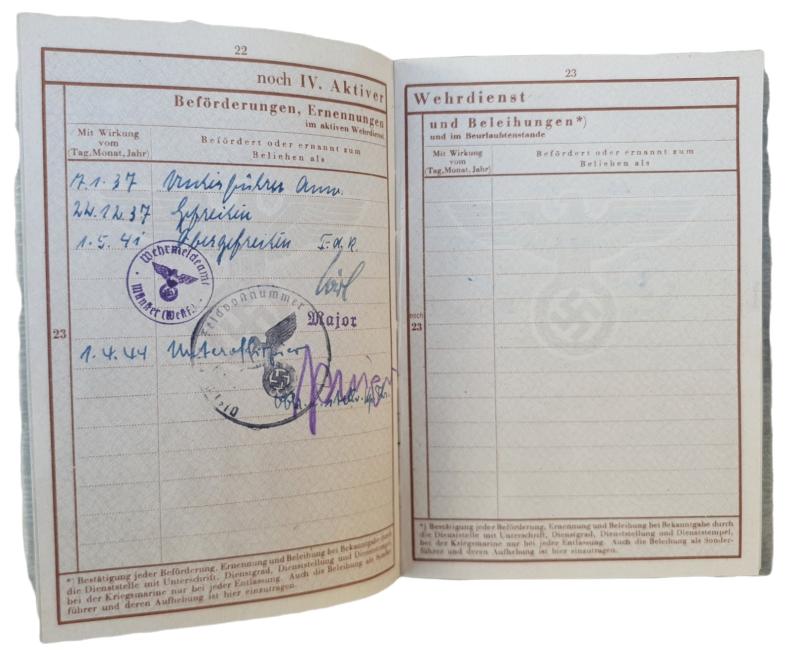 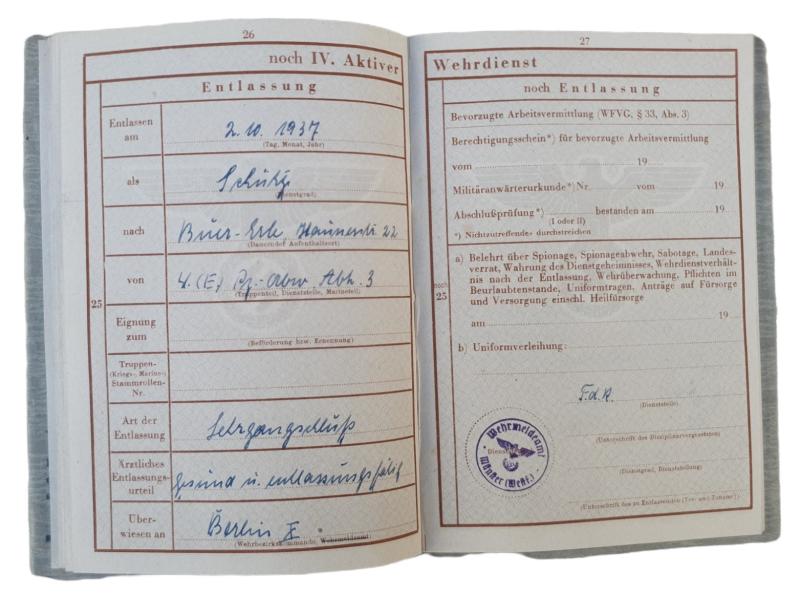 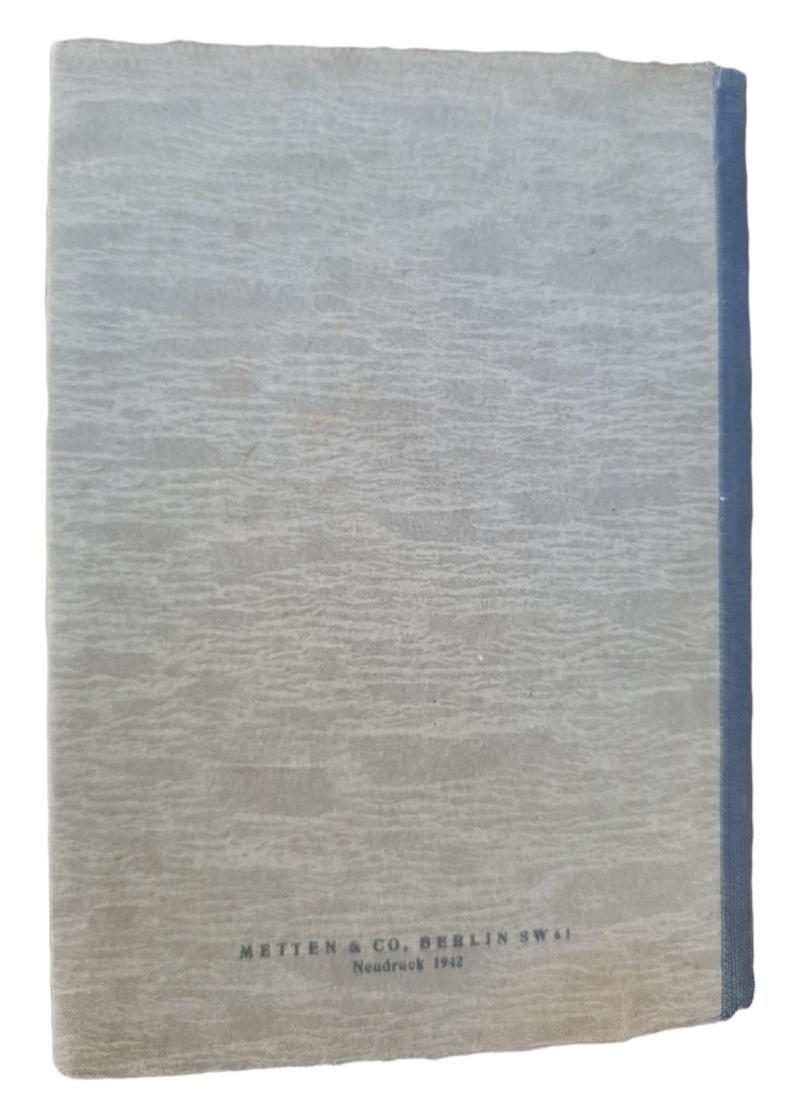 The Wehrpass is in good condition and belonged to the NCO Josef Wilhelm Schulte-Middelich who served in the (SF) 352. Panzerjäger-Abteilung. From 1 February, 1944 this unit was based in Bricqueville, about 10 kilometers from Omaha Beach in Normandy. The unit was stationed here to rest after the heavy losses suffered on the

Eastern Front. Josef was transfered to this unit from the 254. Panzerjäger-Abteilung in the

beginning of 1944. He already received the Wound badge in black, Eastern Front medal and the

War Merit Cross with Swords for his actions on the Eastern Front. On June 6, 1944, at 6:30 am, American soldiers stormed Omaha Beach and the entire 352. Infantry Division was shaken awake. The 352 Panzerjäger-Abteilung was prepared and deployed under the

The 352. Panzerjäger-Abteilung was armed with a company of 14 Marder III

Josef was a crew member of the SF (Selbstfahrlafette) Marder III 38.

The unit headed towards the beach and attacked the beachhead but were suddenly located by a US Navy reconnaissance aircraft. Shortly afterwards they came under heavy fire by the Allied Navy ships and suffered heavy losses.

The survivors of the unit slowly withdrew and again they became involved in fierce fighting with the Americans who managed to get of Omaha Beach. Ultimately, the unit was completely destroyed with only a few survivors. Josef was probably captured by the American troops because his entry's in the Wehrpass ends after D-Day.